In 1994 the fully adjustable Herman Miller Aeron Chair employed technology that brought a new level of comfort into the office. Nearly 25 years later the Aeron Chair is still an office favorite, and although expensive, its legendary comfort is still worth the price. 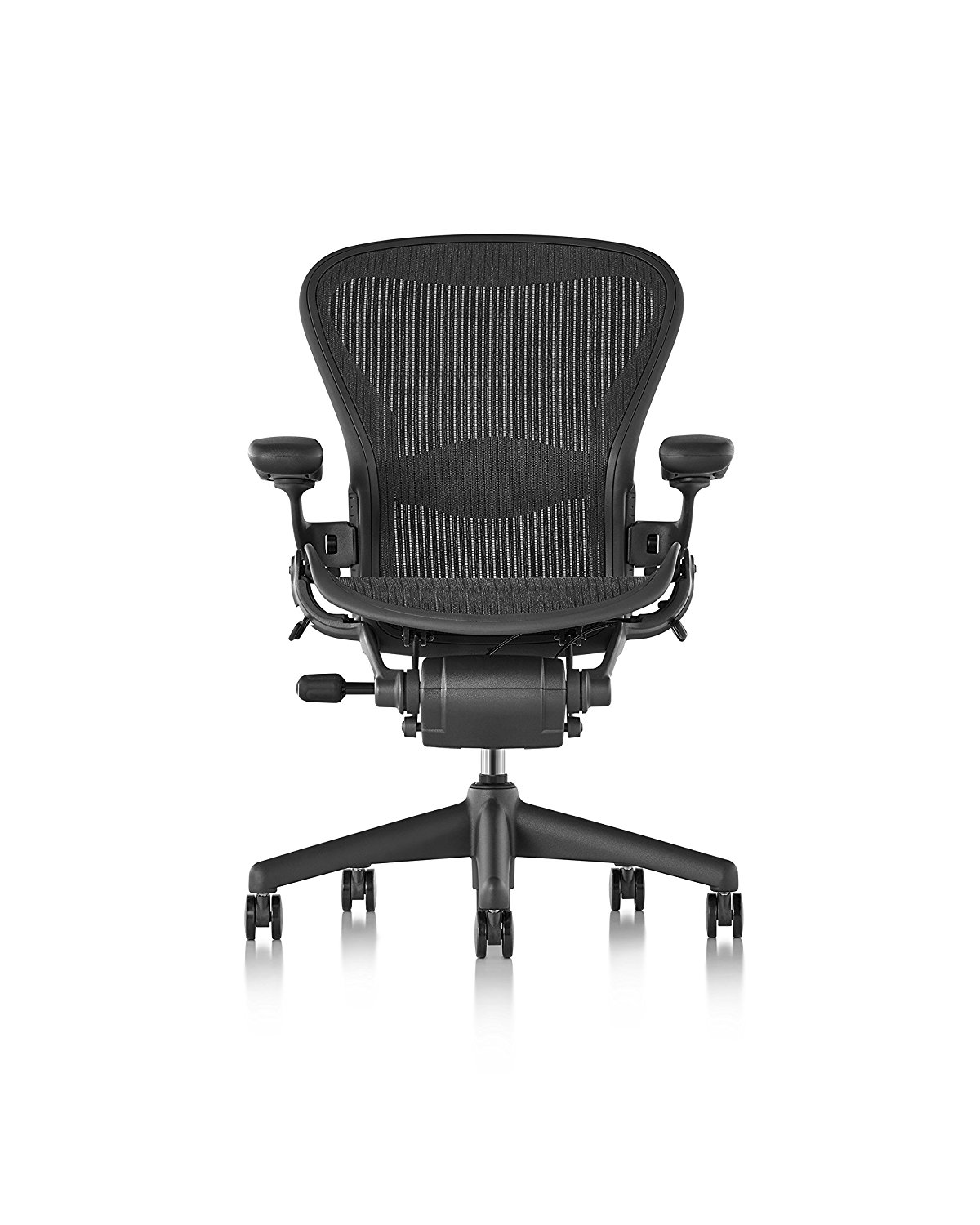 Interested in reading more reviews, or buying this chair?

Perhaps it was no coincidence that shortly afterward, casual Fridays were bound to become a thing, and then not long after that workers started wearing jeans and hoodies and stopped tucking in their shirts. The office was now a place where you could let your hair down and be at “home.”

Co-creator of the Herman Miller Aeron Chair, Jeff Weber, now turned his genius toward perfecting crutches. After injuring his foot and getting stuck with a lousy pair of crutches he realized it was high time somebody did. He calls them Mobilegs and they come in two versions, “Universal” and “Ultra” which features shock-absorbed arm support–technology borrowed from the Aeron chair.

Find out more, or read reviews of Mobilegs here.

Herman Miller continues to innovate, as with the sculpture that doubles as a fun chair: the Magis Spun Chair. You’ll feel like a kid again spinning, rocking, or lolling about in this spool-like indoor/outdoor chair.

Interested in finding out more about, or buying this product?