If you’re wanting to spice things up in the bedroom with a sensual playlist but are unsure of what to put on, new data analysis by pelvic healthcare company Kegel8 reveals the world’s most listened-to tracks during sex.

By analysing different sex-themed playlists on the music streaming service Spotify – using the search terms “Sex”, “Netflix and Chill”, “Date Night”, “Make Love”, “Baby Making” – Kegel8 has uncovered the most popular tracks and artists for getting hot and steamy among world-wide listeners: 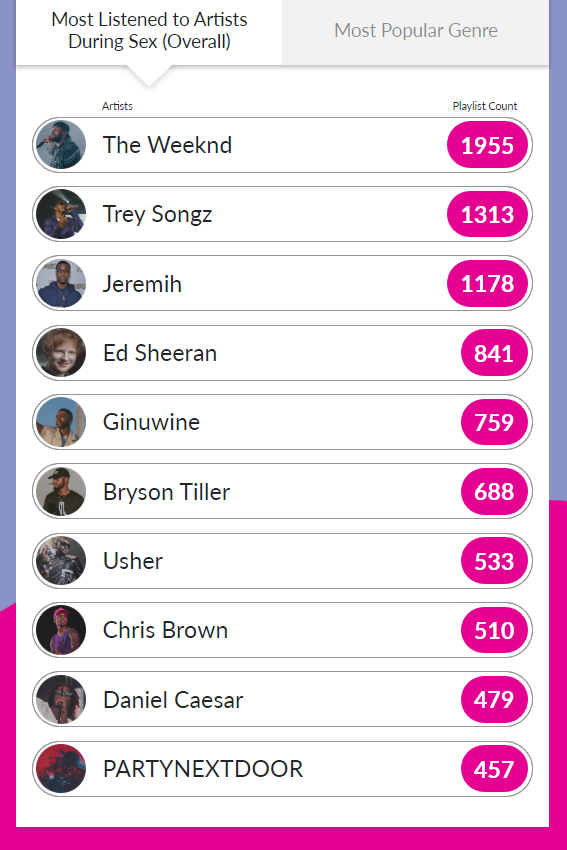 It also seems there’s a perfect length, tempo, key and era too. Who knew!?

The average song listened to during sex is just under 4 minutes (make of that what you will!), it’s released in the 2010s, is sung in the key “G” and has a moderate tempo of 115 beats per minute. 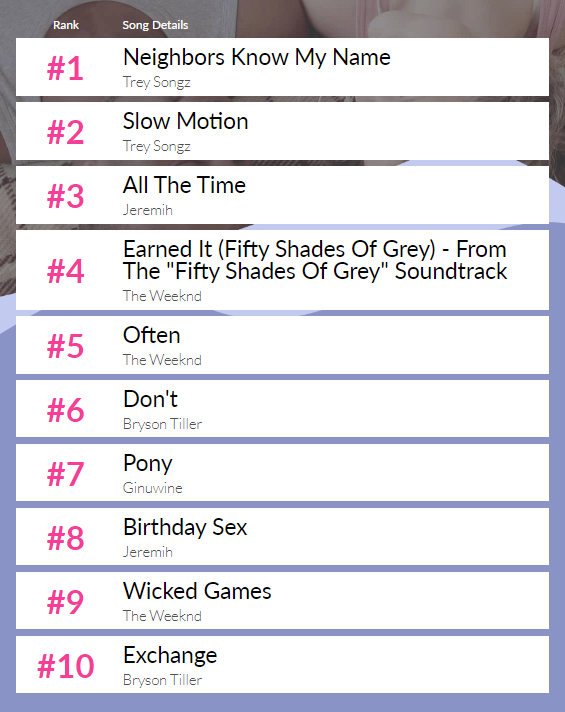 “It’s really interesting to explore the world’s go-to songs for the bedroom.

However, while these songs are perfect for getting couples in the mood, sex can sometimes end up being a less-than-pleasurable experience. If you find yourself at the end of the playlist without that moment of glory you could be suffering from a weak pelvic floor. The pelvic floor muscles hold all your important pelvic organs in place; if these muscles are weak, you’re likely to see your sex life deflate.”

“It doesn’t have to be this way. By taking control of your pelvic health and practising Kegel exercises you can strengthen those all-important muscles and increase blood flow to your intimate parts, making sex more pleasure-filled for both you and your partner”.

Kegel8 has created a helpful interactive looking into the findings in more detail, which can be viewed here.