You may play an online version, or you may play the game in a brick-and-mortar casino, but no matter which one you play, one thing is true: traditional casino games have been around a long time, dating as far back as the 18th century or even further. They’ve come such a long way that you might not even recognize them from what they used to be. This article looks at some of the traditional casino games you’ll find at a PA online casino, and explain how they’ve evolved over time.

There are lots of mysteries around the origins of roulette, but many attribute the credit for creating the game to the French. The inventor Blaise Pascal tried to develop a perpetual motion machine, which is a machine that operates without drawing energy from an external resource. Pascal tried to do more than that, however: he tried to beat the laws of physics, which held that this would be impossible. He failed and paved the way for roulette.

The zero on the wheel came into being in the mid-19th century when Francois and Lois Blanc invented a wheel with a zero on it for King Charles III of Monaco. The king brought roulette to the masses when he built a casino in Monte Carlo to solve some of his financial issues.

The purpose of the zero was to give the house more of an edge, and the house would gain an even greater edge when roulette reached the US in the 1800s. The American version of the game added a “00” so that there were 38 numbers on the wheel, and not 37. Even though the house enjoyed a greater edge, the game was popular with Americans, but, eventually, they moved on to blackjack because they stood a better chance of beating the house. 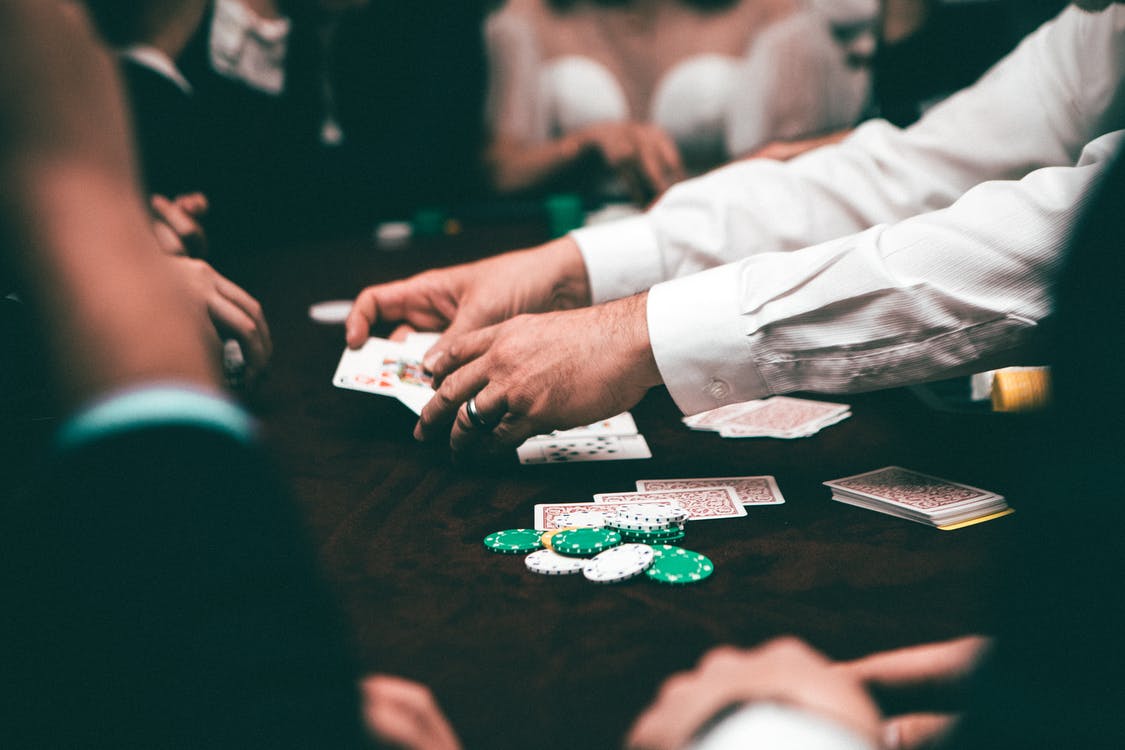 Despite some of the debate over the origins of blackjack, again the French receive the credit for the game, which existed in the form of their game “Vingt-et-un.” The game originated around 1700 and French colonists brought the game to American shores in the 18th century, but there were some major differences between Vingt-et-un and modern blackjack. The earlier version gave the dealer much more control, and in, some cases, their second card would be visible to players. They’d also follow the rules after the start of the game.

The popularity of the game grew and, in 1820, the legalized gambling halls of New Orleans started to welcome blackjack. It was in the 20th century, however, that the game really came into its own. Nevada received the game with open arms, although it then changed the name to “blackjack.”

Just like roulette and blackjack, there’s been much discussion over the origins of poker. The conventional opinion was that it came from a Persian game called “as-nas”, which involved playing with five cards and there were no draws or remains. You could even bet before looking at your cards. But lately, some are saying other games have inspired poker, such as the British game “brag”, in which there was an ante.

How it came about in the US is much clearer, however, and it became popular around the 1700s and 1800s. This was the time of Mississippi riverboat gambling, and although they played it like the game “as-nas”, they’d started playing for money. The game also started to look more like it does today, with a 52-card deck, community cards, flushes, straights and more. The venues where people would be akin to modern-day casinos. Eventually, the world would see the World Series of Poker in 1970 and then the popularity of the game remained stable — and then came the Internet.

The other big development was that of Texas Hold’em materialized, which it did so in 1925.The no limits, high stakes game quickly become popular in Texas, of course, but no further wide than that for more than 40 years. Of course, Texas produced some of today’s poker stars, such as Amarillo Slim.

What is certain is that casino games have evolved tremendously, with some dating back to the 18th century or even earlier and have blossomed into the modern versions that casino visitors love to play today. Who would have known that several centuries later, the gambling games people played would have such a bright future?