Social media influencers and brand ambassadors create viral marketing campaigns by generating masses of content that resonate deeply and powerfully with their target audiences. To be considered viral, the content must be shared until it spreads like wildfire across multiple social media platforms. There are many ways that influencer marketing campaigns can be pushed toward viral status. We’ll explore a few of them below so you can gain a better understanding of what campaigns require to help them go viral. 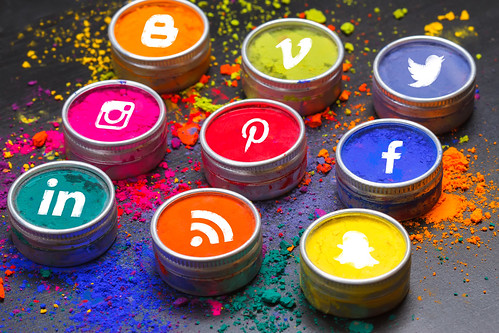 Each social media platform has an array of strengths and weaknesses. Understanding these and how they relate to the products that influencers use and review is vital to the creation of any viral marketing campaign.

There are a few core platforms that every influencer seeking to generate a viral campaign should utilize. Facebook, Instagram, LinkedIn, YouTube, and Twitter have massive user bases capable of producing incredible amounts of interest in products and services. That said, if you want to reach the greatest possible number of potential customers, content should be generated and shared on as many of these popular sites as possible.

The vast majority of social media sites and apps utilize algorithms that rank content based on the likelihood of user engagement. Generally speaking, live video ranks higher than recorded video, which ranks higher than a graphic with text, which ranks higher than text alone. Live video is by far the best means of reaching and drawing increased interest from a customer audience since viewers can see and interact with social media influencers and brand ambassadors in real time. This makes viewers feel more important to the influencer and to the business they represent, making viral status more likely.

There is no formula for a perfect road to make every campaign go viral. The ebbs and flows of interest and demand are often difficult to chart. Watch the data that comes in from each post in your campaigns to determine what content is having the greatest effect and what content needs to be removed or refined. Change your campaigns accordingly over time, and they will grow more and more likely to reach viral status.

By selecting the right social media platforms, creating content that makes customers want to engage, timing your posts for maximum reach, and measuring campaign performance for future refinement, you will be well on your way to reaching viral status with your campaigns. If at first you don’t succeed, don’t be discouraged. Cultivating viral influence takes time, focus, work, and care.