Every home has its quirks, whether it’s rooms that are a bit too small, windows that are a bit too big, or the history behind its construction. But think about how strange a home could be if that was the goal of the design. Architects with varying backgrounds and tastes are taking up the challenge to build increasingly complex homes—some wishing to test their architectural prowess, others seeking to achieve a particular goal. These motivations can truly produce some of the most unusual homes in the world. 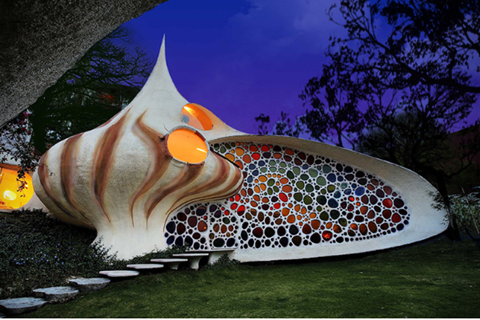 Built and designed by Mexican architect Javier Senosiain in 2006, the seashell house is what Senosiain likes to call “Bio-Architecture.” This form of architecture is meant to capture the natural beauty of the surrounding landscape by inserting a piece that holds a visual contrast to it. With its smooth, eggshell-colored walls and a giant rainbow mosaic to contrast with the surrounding trees and foliage, the sight can only be described as a scene straight from a painting. 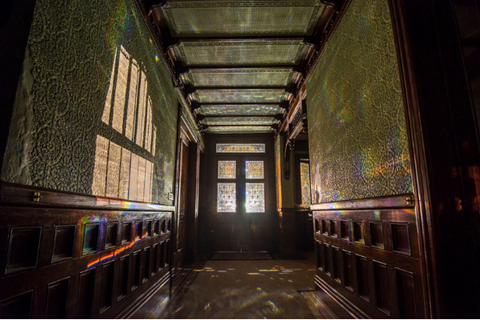 Renowned for being one of the most mysterious houses in the United States, the Winchester mansion is a prime example of the bizarre. With staircases that lead to dead ends and doors that open to vertical drops, it’s no wonder that this structure remains a source of intrigue to this day. Believing that her home was haunted by those killed by Winchester rifles, Sarah Winchester lived out her days in fear. Using the Winchester fortune, she kept creating additions to the house in the hopes that it would appease the spirits. The renovations continued until her death in 1922. 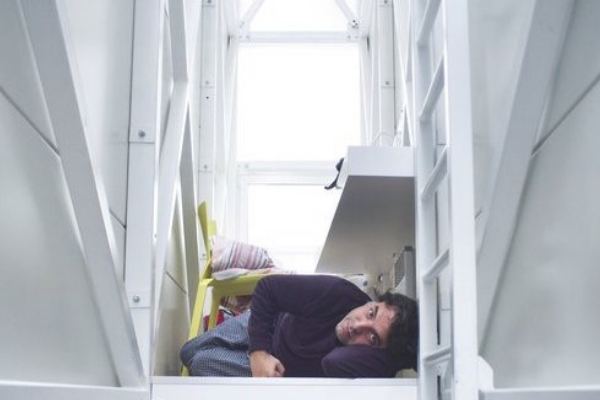 With Israeli writer Etgar Keret as its first guest in 2012, this house is used to temporarily house traveling writers as they go about their projects. Fit snuggly between two buildings on Chlodna 22 Street and Zelazna 74 Street, the house itself is 72 centimeters at its narrowest point and 122 centimeters at its widest. Contrary to how thin it is, those who have had the pleasure of staying in the home found their stays quite pleasant. 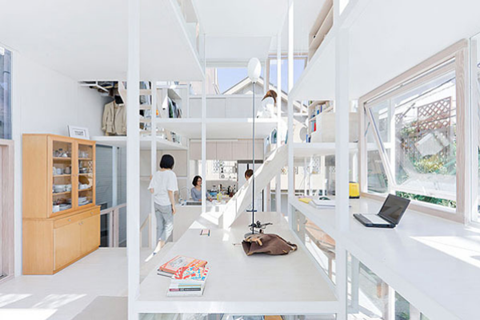 Inspired by our tree-living predecessors, the transparent house offers all the beautiful views of Tokyo that you could ask for with none of the privacy. Spanning 914 square-feet with three stories to explore, climbing through the levels of this cascading home really is just like climbing through the treetops.

Located in the woods near Whistler, British Columbia 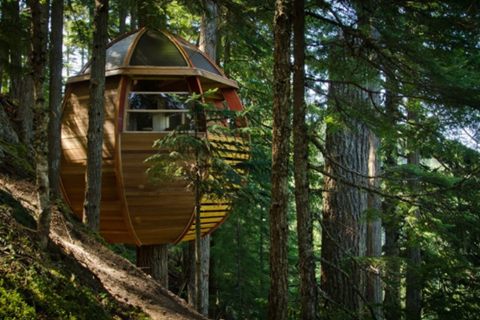 The HemLoft is the ultimate treehouse. While tiny houses come in a variety of types and shapes to match different landscapes and atmospheres, this house is the only one of its kind. Egg-shaped and built with a tree at its center, the home itself is an interesting sight to behold. While it’s known which woods the home rests in, the exact location remains unknown due to the builder constructing it on government property.