Any sport consists of particular methods or tricks that players need to learn. Skateboarding is no exception. By learning and practicing patiently, your skills will improve gradually.

As a skateboarder with 2 years of experience, I have a general understanding of the common mistakes that beginners usually make. To ensure safety and minimize injuries, read the tips and advice below and also get a good beginner skateboard to avoid most, if not all, accidents related to skateboard quality.

Walk Before You Run

Like babies who tend to run before they can even walk right, most beginners are quite hasty to jump right on the “dope” skateboarding tricks. As a result, they go from “badass” to badly-injured-ass.

Well, obviously I do not mean you should practice the ultra basic things such as how to mount a skateboard or how to steer left and right.

I am referring to basic skateboarding tricks such as leaping over objects (AKA Ollie). This is your bread and butter skill from now on. Ollie is the foundation of most other complicated tricks like the heels and kickflips.

Practice it until you feel like you can do an Ollie with ease. If you need to take a deep breath, a few minutes to mentally prepare, and another hour of meditation before you can pull of an Ollie, then you are not ready.

Remember, in skateboarding, muscle memory is extremely important. To deeply carve the notion of an Ollie into your soul, I recommend at least 50 hours of practice before moving on to the next phase.

The cool-looking and super complicated trick you see is actually a combination of several small tricks.

The more component tricks you learn, the sooner you can progress. For example, the 360 flip that looks dope and difficult as hell is just a combination of a medium difficulty kickflip and 360 turn. Meanwhile, the kickflip is an alternate version of an Ollie.

Once you understood the principle behind the high difficulty tricks, break it down to baby steps and practice each of them properly, you might even be able to come up with a new one yourself.

You see interesting tricks that someone performed and you want to try it desperately. You expect to succeed so you don’t need to learn basic steps? Then you make a common mistake: underestimating the difficulty of a particular trick.

There are many things that seem simple at first but when you do, they’re harder than you think. It is advised that you prepare both physically and mentally for any skateboarding technique.

Professional skateboarders usually do this when they perform a new trick. They often picture the method in their mind lots of times before doing a real skateboard trick. 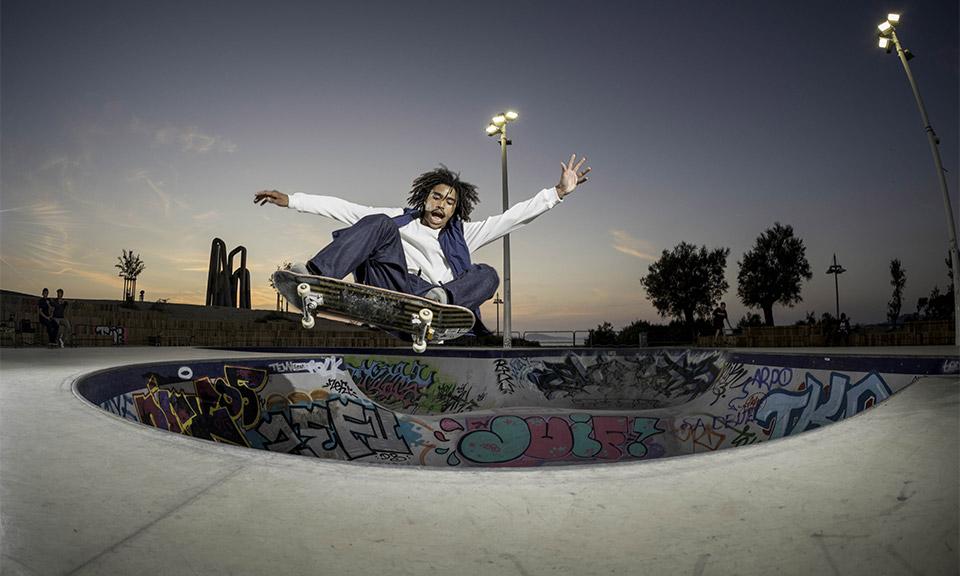 As a person who has been skating for quite some time now, I know feeling fear caused by the thought “what if I fall?” or other similar what-if doubts.

The thing is, most of the time, it is your hesitation that causes your falls. That 360 flip might have succeeded if you didn’t hold back on the jump, or even that simple Ollie would have been easier if you used a bit more power.

The protective gears are there to protect your vital body parts, so don’t hesitate, if the board didn’t give enough spin, kick it harder and maintain a consistent speed. Learning tricks are vital but getting over your mental obstacles are also equally crucial.

Try Not To Tilt

Skateboarding requires extreme concentration and high precision and chances are during your practice, you will bite the dust constantly. That’s why I highly advise against skateboarding if you have anger management issues.

Take a short break and breathe when you are feeling frustrated. Even though I mentioned hesitation and holding back, your power will push you to fall, getting angry and John-Cena-kick your skateboard for a simple Ollie would also give the same result.

Try to stay positive because it’s just a game anyway, you shouldn’t be too upset or angry. It is quite unsightly to tilt anyway, imagine your 5-year-old nephew swearing vengeance on you for accidentally stepping on his comic. It looks similarly stupid. 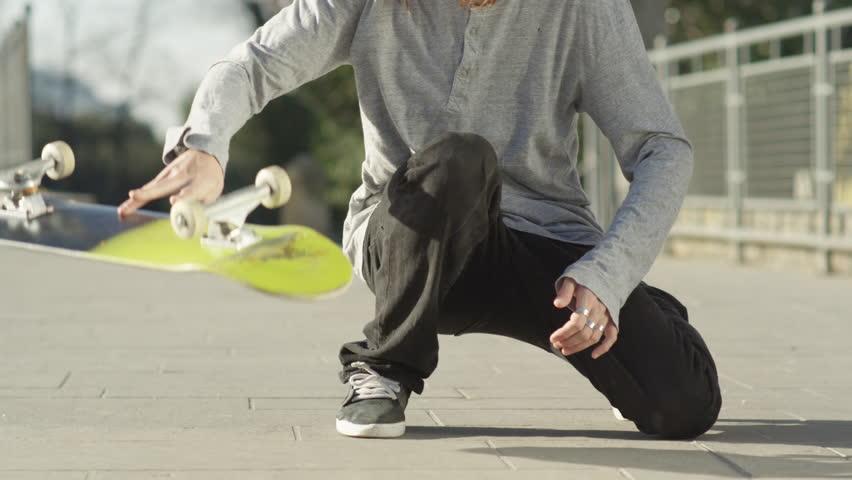 Controlling the feeling is also vital to the skateboarding sporty

As a matter of fact, when your mind is at ease, you will feel up to learning and creating new things. So be happy and enjoy learning. Keep your emotions under control, you will soon achieve your desired goals.

Get Out Of Your Comfort Zone

A bit contradictory to what I said above, I know. That is exactly the reason why I decided to add this part. I was a bit worried you might read the part above and just practice Ollie for the rest of your skateboarding career.

Once in a while, put on your protective gear and go for a more difficult move. If you do not break out of your own safety bubble, go see what other pros do and try out some of their moves for yourself, you will never know if you are ready for the next stage.

People can admire your efforts but over-exercising is not recommended.

You can try to practice a new trick lots of times, but you should have a reasonable relaxation regime.

Rest will help the muscles recover, revitalize you physically and mentally, and boost the performance of your next skateboarding exercise.

Go to https://longboardbrand.com to follow the right tricks steps. I hope after reading this article, you can avoid the above mistakes.

Practice with a calm and lighthearted mentality, and you will master skateboarding sooner than you expected.