Commerce, rich European culture, and a little cobblestone mixed in; Montreal’s got a lot to offer. As Quebec’s largest city, Montreal’s attractions are plentiful, historical sites numerous, and transportation convenient.

Visit Montreal, and you’ll find a celebratory yet structured city established where rivers and rails meet. This commercial hub’s roots date back to the 17th century, and it’s home to some of the region’s most diverse cultures, most important industrial ports, and a wealth of excellent dining and lodging options.

Seasons here are as varied as the attractions; when packing for a Montreal trip, it’s important to consider the climate. The region’s humid–hot summers blend into crisp fall days. With winter comes substantial snowfalls and subzero temps, providing the perfect environment for the city’s most popular sport, ice hockey.

Traveling to Montreal is easy, with several transportation methods offering access to this world-class city.

The Pierre Elliott Trudeau International Airport (aka Dorval Airport) services passenger flights from all over the globe. Land here, and you can launch your Montreal vacation in a rental car or with a taxi ride to your preferred place in the city. Buses, hotel shuttles, and the VIA Rail service can also be accessed at the airport.

VIA Rail runs throughout the region and also offers cross-country service. The city’s award-winning STM service is probably the most convenient way to hit all of Montreal’s best attractions. The service’s bus and underground rail routes offer easy access to all parts of the city, and when combined with bike or foot travel, provide some of the most budget-friendly transportation in Montreal. Improve your city-scouring experience by dropping your bags at a Montreal luggage storage location; when you’ve completed your explorations, grab your gear, and move on to the next adventure.

Finding a place to stay in Montreal is simple. Lodging options of all categories and price points are peppered throughout the city. Book a boutique hotel in Old Montreal, and immerse yourself in centuries past. Structures dating back to the 1700s are still standing here, and some have been developed into stunning sleeping accommodations.

Post up at one of the hotels near the Park of Montreal and, from the comforts of your temporary home, you can stroll to some of the city’s best outdoor features, including the Saint Lawrence River and the Notre-Dame Basilica of Montreal. Short-term vacation rentals are also popular in this international city; slip into a sleek studio featuring views of the Saint Lawrence, or separate from the city noise in a cabin near Mont-Tremblant National Park hiring Montreal Escorts from one one biggest review sites in Canada.

Montreal camping options are plentiful, too. In this urban spread, nature seekers can maintain proximity to city attractions while enjoying the peace and tranquility of the region’s outdoor terrain. Across the Saint Lawrence River, just 30 minutes’ drive south of the city, several campgrounds can be found in St-Philippe. Camping near the Ottawa River offers easy access to some of the region’s best beaches and natural attractions. 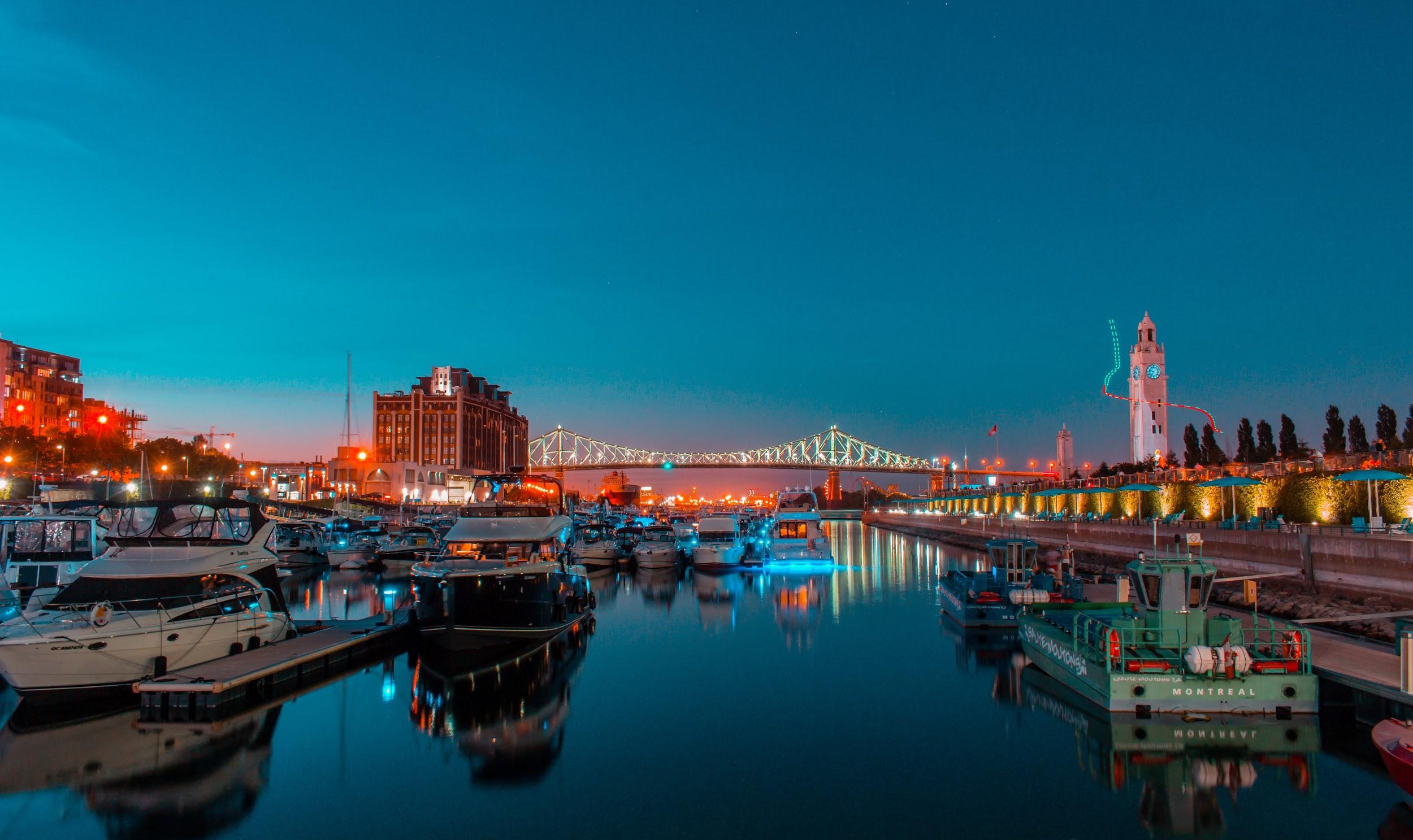 The list of attractions in Montreal is long; one trip to this culture-packed city probably won’t be enough to see them all. However, there are a few spots that should rise to the top of the Montreal trip itinerary.

Just east of the city’s center, Old Montreal’s a spot brimming with history and features some of the city’s best dining and shopping options. This quaint neighborhood hugs the shores of the Saint Lawrence River, and Paris won’t seem far away while you’re walking its cobblestone streets. Montreal’s art scene is well represented in this historical setting, and structure architecture drips in European influence.

Pile on the arts and cultural experiences with stops at some of the museums in Montreal. Mosey on through the Musée de Lachine, established at the site of the LeBer-LeMoyne House, a 17th-century structure built along the St. Lawrence River. In addition to exhibits highlighting the region’s history, visitors can view art displays and sculptures.

Witness Montreal’s history from a different perspective at the Musée Grévin Montreal, where wax figures depict past and present scenes of Canada, along with some of its famous citizens. A short walk from this unique museum is the massive Montreal Museum of Fine Arts. Set aside a day to explore this elaborate collection. Contemporary works from around the world, graphic design exhibits, and Inuit art are just some of the styles that can be appreciated.

Montreal’s a city steeped in history, and much of its story can be found in its churches. Known as “The City of a Hundred Steeples,” this place is packed with pristine houses of worship. Don’t miss some of these ornate structures when you visit Montreal.

Wander the luscious grounds of Saint Joseph’s Oratory of Mount Royal, witness the grandeur of Mary Queen of the World Cathedral, and spend an afternoon experiencing the magical atmosphere of the renowned Notre-Dame Basilica of Montreal.

Outdoor parks are prevalent in this modern city; regardless of the recreational activities you seek, there’s probably a park for it in Montreal. Head to the Parc La Fontaine for ice skating in the winter and live music in the warm summer months. Parc Angrignon is a little less developed and features a hiking trail. And for a movie night under the stars, visit Parc Notre-Dame-de-Grâce. 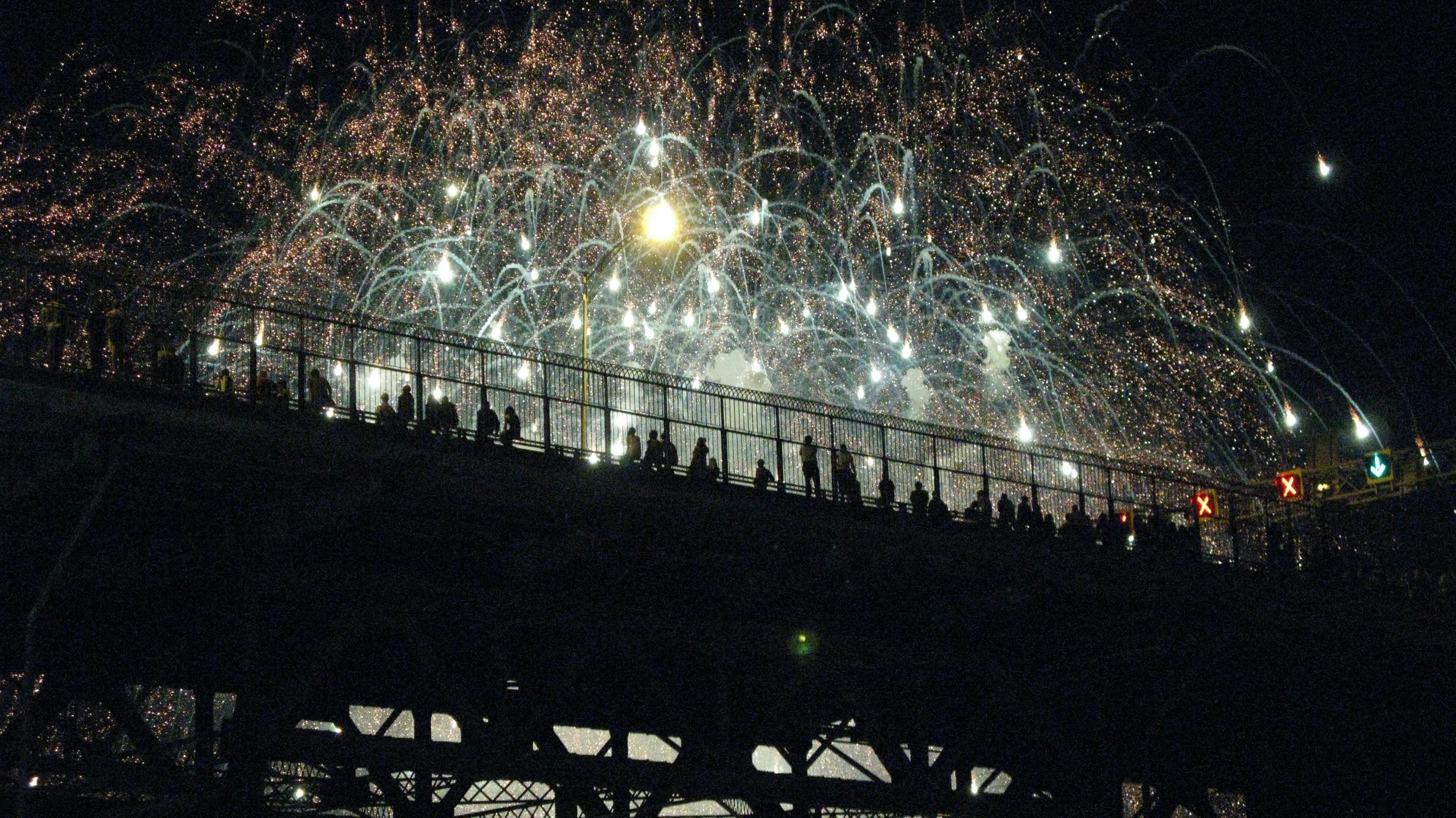 Summertime launches a lengthy and diverse season of festivals in Montreal. Among the events on this long list of fun-filled celebrations is the massive Montreal International Jazz Festival, held in June. The streets of downtown Montreal are closed for this ten-day music fest, which features performances by world-famous artists, and an array of fabulous food and beverage selections.

The Montreal Fireworks Festival spans several weeks, launching its first explosive displays at the end of June and maintaining mesmerizing sky spectacles through the end of July. The roars of gas-powered engines can be witnessed at the Grand Prix of Canada for three days in mid-June. Racing fans can camp on-site to be within easy reach of all the action, and kids can enjoy activities in the Family Zone.

Don’t fly out of Montreal before you’ve sampled some of the city’s signature cuisines. Bagels and brunch are big deals here, as are the plates piled high with gravy-drenched cheese curds and french fries known as poutine.

Treat yourself to the rainbow of Montreal flavors with a food truck tour, or self-guide your stomach through one of the city’s year-round farmers’ markets. Before you go, settle down at a diner for a “steamé,” or Montreal-style hotdog, which comes dressed with coleslaw and onions, and some mustard for good measure.